A short document of writing history 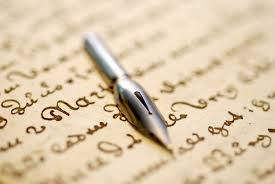 Writing and reading, the infamous form of communication through ordered symbols has been
around from either the early stages of human evolution or the early times after the birth of the
human race (depending on what you believe). What we do know is that it was one of the first forms
of communication. It is agreed that true writing (writing that both the writer and the reader can
understand and reconstruct) was first invented in at least two places: In Mesopotamia in 3200 BCE
and in Mesoamerica in 600 BCE. It was not in till 1011 that a monk by the name of Byrhtferð recorded
the version of the English alphabet we use today.